End of LIBOR and IBOR's REFORM

LIBOR (London Interbank Offer Rate) is currently calculated every business day for 35 types in 5 currencies and 7 tenors. Rates are calculated based on offered Rate by `Reference Banks` every London business day. As shown in the figure below, LIBOR is used for huge financial transactions such as bonds, loans and derivatives, so the abolition of LIBOR will have a great impact on economic activities. 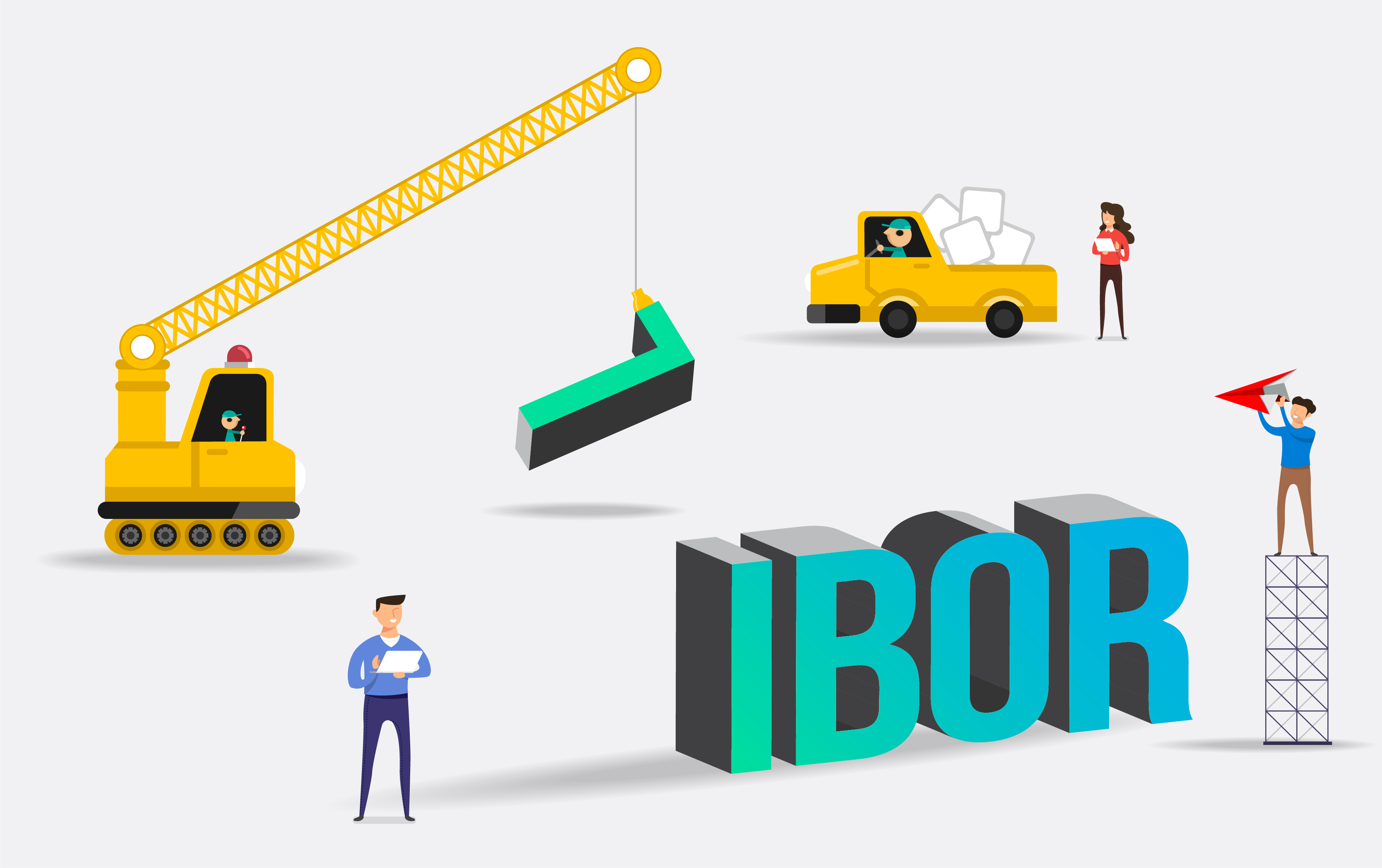 As mentioned previously, LIBOR is not based upon actual deal. Furthermore, Reference Banks doesn’t have any obilgation of dea l on the referencerate that the bank estimated. In 2005 2009, several traders at Reference Banks had manipulated the reference rate for the purpos e of their profit andthis scandal came to light in 2012. As LIBOR is based upon the reference rates, LIBOR was raised doubts as to whether LIBOR has reliability,robustness, and fairness.

Following the discovery of LIBOR scandal, the International Organization of Securities Commissions (IOSCO) published the "Report on the Collection of Principles on Financial Indicators" in July 2013. The content is mainly related to the indicator calculator, but it also has an indirect effect on the data provider, such as the indicator calculator supervising the data provider and requesting the data provider to formulate the Code of Conduct. .. Then, in July 2014, the Financial Stability Board (FSB) published "Reforms of Major Interest Rate Indicators."

In July 2017 amid LIBOR reforming, Andrew Bailey, former head of Financial conduct Authority (Current Governor of BoE), announced FSA will not force reference banks to submit Reference Rate of LIBOR after 2021. This announcement triggered off increasing probability of LI BOR ceasing and each country started to prepare for LIBOR transition.

Japanese yen, Euro, Australian dollar, Hong Kong dollar and other currencies will adopt Multiple rate approach, and US dollar, British pound and Swiss franc are unified into RFR because there are no other IBORs.

There are two ways to deal LIBOR ceasing :Transition and Fallbacks

In chronological order, transition and fallback will be done as folllows

Given that Fallbacks are in case of LIBOR ceasing, it is necessary to set a Fallbacks triggers that initiate the transition from LIBOR to a new reference rate. Currently, ISDA expects the following examples of triggers

Fallbacks implementation procedures are different between transactions or contracts. However, ISDA will introduce a standardi zed fallbacks articles for existing contracts. The following methods are proposed for determining the Successor Rate

Corrective approach・・Determine the successor interest rate and how to activate the trigger. There are also measures such as entrusting the decision t o an independent advisor.

In order to do Fallbacks smoothly, it is necessary to develop the Fallbacks rates that based upon the term RFR.However, as mentioned before, there is a spread between LIBOR and RFR because RFR doesn’t include credit and liquidity risk premium.Therefore, if the Fallbacks rate is set to the Successor rate without adjustment, transfer of value (profit / loss) will occur. It is necessary to adjust the spread to minimize the transfer of value. (Note that it is not possible to completely prevent transfer of value by ad justing the spread.) The following is the formula of Successor rate

Fallbacks rate is selected from some options. Regarding spread adjustment method, there are several options:

Average and median approach of actual values, and